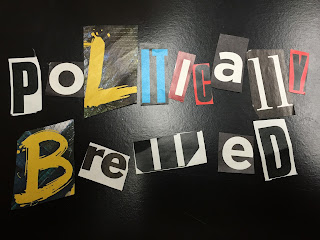 Who knew that since 2008, Sen John McCain was one of the original birthers?

Well that’s what we’re led to believe in The Daily Beast article by Yashar Ali (linked below) which he is led to believe by the Trump Organization’s biography of its founder, Donald Trump.

Can we stop with the birther crap please, I beg of you, stop!!!!!

The Big “O” ain’t running for a third term and a Hillary first term won’t equate to one either so basically Obama is a known factor. Well only in the mindset that you’re tired of 8 years of Democratic executive action or lack there of.

The regurgitated birther argument does nothing in this election cycle, it holds zero water. We need to be focusing on policy and not that Donnie runs around like real life version of Victor Newman and hiring private eyes and security teams to scour the world for proof of Obama’s birth, regardless that was in the State of Hawaii.

Yet the latest chapter of birthering claims that McCain and Hillary are the original birthers because “they failed to never question Obama’s on his birth certificate.”

The logic of this claim is mind-numbing. So my guess is that McCain and Hillary planted the birther seed but never got their hands dirty, so it took someone with guts and patriotism like Donnie to go forth and find the truth.

Um people we do know that Donnie is fanatical about having his name in headlines 24/7 and will say & do anything to be there.

Call it a falsehood, Pinocchio, or how about just plain old bullshit, regardless with a about a month to go Donnie needs to shut up/nut up and talk about policy, not anything that pops up in ‘lil Donnie’s head.

Woman charged with attempted murder for driving through protesters (MSN)

Politically Brewed - June 18, 2015 0
I’m not sure but too me watching all Media trying to cover the current roster of Presidential candidates is like watching the opening of...