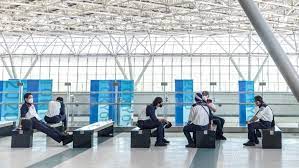 COVID-19 cases among Olympic delegates are on the rise and roughly 15 per cent of those staying on site are unvaccinated, prompting warnings from medical experts about potential ripple effects if the world’s largest sporting event doesn’t clamp down on virus transmission.

Set to begin on Friday with the opening ceremony, the Tokyo-based Olympic games were touted as safe and secure by organizers, but have so far been plagued by infections among athletes, hotel workers, and others involved with the event — and those participating have not been required to get a vaccine.

At least 67 cases have been detected among those accredited for the Games since most athletes and officials began arriving on July 1, officials said on Tuesday. The head of the Tokyo organizing committee didn’t rule out cancelling the event entirely if cases began to spike.