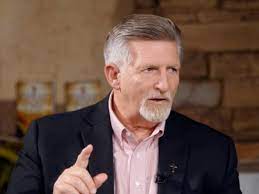 In March last year, the anti-Semitic broadcaster Rick Wiles said the spread of COVID-19 in Israel’s synagogues was a sign from on-high.

That was just the start: As documented by the watchdog group Right Wing Watch, Wiles (above, center) and TruNews played into every angle of the pandemic, from speculating that it was staged in China to promoting the theory that the virus originated in a lab, to, more recently, warning that COVID-19 vaccinations are really an attempt at genocide.

What Wiles might not have planned for was an outbreak of his own: Since late last month, the host and several TruNews staff and family members have been hit hard with COVID-19, TruNews has said publicly.

Politically Brewed - October 29, 2020 0
Libertarian VP Candidate Seen With Boogaloo Group Claiming to Work Security for Him - By Kristen Doerer (Right Wing Watch) / Oct 28 2020 In...
You are going to send email to
Move Comment