Thank you Roger Ailes and Fox News for what I believe to have been the best damn soap opera on television Thursday night. We expected dramatics and the viewer received a Vaudeville show. 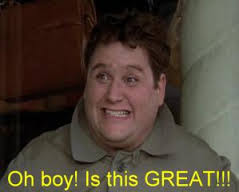 With the days leading up to the Aug 6 debate GOP officials practically begged the candidates not to attack each other and to focus on Hillary, Obama and Democratic policy. However, candidates accepted the gun powder handed out by the FOX News moderators and shots were fired in Yosemite Sam style.

There was guns, booze, fire trucks, hookers and, well, um, no wait that was the Bachelor Party but it was exciting and memorable.

In all honesty I truly enjoyed listening to all the candidates at both debates; however it’s always the day after, when Media has dissected every question/answer, every wince/sigh, every fidget/itch and every outburst to determine the winners/losers of the affair. And just as I expect the rebuttals of the night are glorious!

I find it interesting of the about face of FOX News many have done the morning after. Claims of ambushes and “Jeb loving” have been tossed on the very far Right websites and social media like this one on the Facebok Teaparty page: 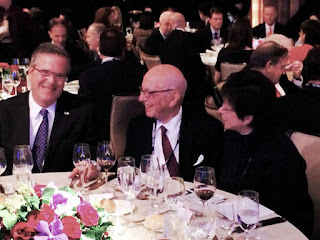 The Liberal Left who is normally at the pointed end of the pitchfork by the Right has embraced and giggled at the current backlash but also defended FOX News.

Yes it’s fair to have constructive criticism about a moderator but the name calling being tossed at Megyn Kelly is way out of line, especially by Conservatives who normally save the name calling for Liberal moderators.

Kelly did her job, period. So suck it up and pull up your big boy pants.

As a moderator you want to get the candidate to further their thought/policy belief and she did what many had hoped, to get Trump to answer for his bold yet childish outbursts and how his actions have clearly begun to characterize a Trump Presidency.

Face it, you gotta have thick skin to be a politician, especially a President and Trump’s skin is transparent.

As expected, Donald Trump stated that he does not debate well and he proved himself correct. Don’t get me wrong, I agree with some of his statements, he hit a few things on the head but he threw himself under the bus as well.

When asked about his political donation history, he admitted it’s a broken system as he gives money too many politicians for future favors. Yet the joke was on him when he stated he gave to all those on stage only too have Marco Rubio speak first too say “Not me, he gave to Charlie Crist (he’s opponent)” as others chimed in afterwards.

Co-Moderator Chris Wallace asked Trump about his business bankruptcies of the past. Trump didn’t even let Wallace get the full question out before interrupting to say “he never filed bankruptcy.” Yes everyone should know that he has never personally filed, but his company have, 4 times to be exact.

Too me and (I’m positive for Wallace as well), the point of the question was simply how can you say that you can correct the US debt issue when in the past your own company had to file bankruptcy to correct its debt?

Many viewers jumped at this question as an ambush of Trump’s character, but they are wrong. 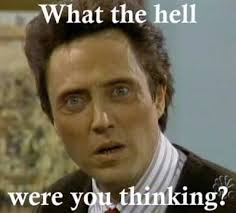 This is one of the problems I had with Mitt Romney in 2012; he never spoke of how he learned from a failed business venture, as if every venture was a success. I call bullshit on that, because there had to be some failure or misstep, not every venture was rosy, so what did you learn?

And this is the problem with Trump; he acts like Romney as if every business action was a success. Had Trump easily stated something like “my business partners and creditors advised bankruptcy laws are there for a reason to help re-organize business missteps and I followed their advice” I would’ve understood. But nope he had to ramble about a corruptive system. Mind you a corrupted system that he took advantage of 4xs in 15-20 years.

Pathetic golden spoon fed baby. Yet I see he will not lose much in the polling numbers and still be on top come the CNN 2 night affair come September.

If anything, Jeb(!) won’t drop in the polls either. Jeb(!) did just what he needs to do, take the Romney stance and play it low. Romney coasted thru the debates, never saying anything too controversial, explained his past actions and survived. Yes Romney lost debates to Cain, Santorum and Bachmann, but he ended up eventually winning the party candidacy as the last man standing.

I truly enjoyed the debate performances of Fiorina, Carson and Kasich as well. All will make gains in the polls and stay in the top 10. Well Fiorina should’ve been in the Top 10 on August 6th, but now has gained momentum even though her “not the only woman in the race” tagline is running thin.

If I were to guess what the Top 10 shall look like by the next polling data release, it should be:

It’s not a stretch to see gains and losses after one debate that clearly had no real winner, no matter what a candidate’s flock states. It’s only August and it’s a long road to go full circle back to Cleveland in 11 months. 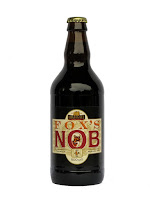 That’s it, Slap the political tap on some Fox’s Nob brew, pass the stale popcorn and damn you Jon Stewart just when people need their campaign laughs you go and retire! To quote Sen. McCain, Goodbye Jackass!

The Far Right Wing Paradox: There’s Nothing Noble About Being Part...

Politically Brewed - April 28, 2016 0
Everyone can agree terrorism is the great unknown nowadays for the world to fear more for the fact that no one knows who, where...