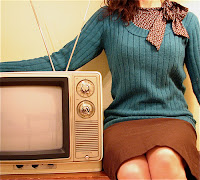 Let’s make one thing perfectly clear about the second GOP Debate at the Reagan Library; yes Lindsey Graham, if you became President there would be a lot of heavy drinking throughout the land. But from one possible presidential fiasco to the reality of the debate fiasco to which close to 23 million viewed there’s much to crow about.

CNN obviously bit off more than it could stomach with the second GOP debate. But this is what was to be expected as all candidates shock off the first debate jitters and shined up their soapboxes for the invited guests in Simi Valley, but the quarrelling was much better as donations are becoming scarcer and TV time is the greater need.

Sure the “Happy Hour” of Santorum, Pataki, Graham and Jindall proved why they were second stage material. But a smaller stage was too be their greatest advantage to be heard except only Graham showed to have grasp that notion. Yes he spoke over and fought with Santorum, but his comedy act helped him get the attention.

After Graham’s drinking comment the “Southern Bell” moved onto to immigration and questioned Tapper about the need for a Northern border fence/wall by stating “I’ve never seen an illegal Canadian” to some snickering in the audience. Here’s the problem with his answer, it shows the ignorance he and many have with the idea illegals only enter from the South and Latino to boot. The Northern border is filled with farmlands and the Great Lakes when compared the barren land of Southern states. And those that enter illegally from the north are Asian, Czech and Ukrainian.

Unfortunately, these four will not be moving up to the main stage any time soon.

The biggest debacle for CNN was having 11 bombastic ego driven individuals act with civility while vying for support. Too say I expected Tapper to act more referee then bullied child is an understatement.

This is no knock on Tapper, whom I consider a fair interviewer much like his FOX counterpart Chris Wallace; however last night he tried to step away from any “gotcha” questions and seemed like a scared 4th grader reading a book review. Note to all Media please do away with this stupid “invoking” rule. This was CNN’s biggest mistake and caused the candidates to sound more like Horshack from Welcome Back Kotter then professional beings. 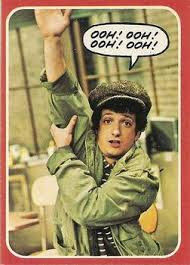 Plus the annoyance of the split screen only gave more airtime to Trump as it left me remembering the Bush 43 “watch” and Gore eye rolling/sighing moments of Presidential debates of the past. Maybe instead of this rule, they could’ve just tagged out WWE Style.

Was it me or was it not surreal that Jeb(!) admitted to smoking marijuana at the Reagan “Just Say No” Library? It is refreshing to see a politician give a little truth in a generation of recreational drug use. Sure Clinton said he didn’t inhale, Bush 43 never answered the question, Obama stated he tried marijuana and cocaine only to be vilified by Conservative pundits like Hannity, so now I wonder will they mock Jeb(!)’s drug admission?

I can go on about each individual performance, as many agree Fiorina proved her worth to play among the boys and well, she ate their lunch as well. And while speaking of lunch, Christie finally showed his weight by what once made him the man to be at the end of the 2014 Election cycle. Yes these two came out on top along with the “awakened” Marco Rubio. All three seemed to stay on their well practiced point of conversation be it Fiorina’s resolute attitude, Christie’s attack them not each other and Rubio’s fired up attitude. 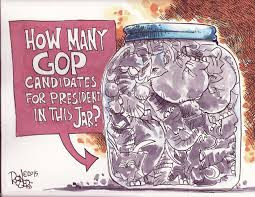 I’m left to wonder what has happened to the 3 Prim Donnas of Paul, Cruz and Walker. All three were put on “future president” pedestals when they began their current positions even though they had not performed yet. And now they lay in limbo, never gaining traction among the gatherings. Speaking more of Cruz, is there nothing about this man that is not rehearsed and why is everything so damn dreary or smelling of Armageddon? I can only imagine his children hiding under their beds when daddy says “ok kids want me to read you a bedtime story?’

OK go ahead point at Walker and Cruz placement in the polls but actually look at their polling numbers and it’s a sad affair. Maybe if Cruz and Paul actually stayed in Washington and did something instead dragging their soapboxes around the country, collecting speaking fees, they might have records (meaning legislation) to run on instead of words words and more words.

So in the aftermath of the debate, Media pundits have tallied their scorecards and the majority stated that Carly Fiorina has proved she is the one to truly beat. I too have my scorecard and unlike the paid pundits, I believe mine has more truth: Fiorina- A, Christie – B, Rubio- B, Carson- B, Kasich- C, Trump- C, Paul- C, Huckabee- C, Bush- C, Santorum- D, Graham- C, Jindall- D, Pataki- D, Walker- D, Cruz- D 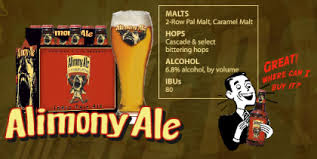 Yet this should have been expected by the well paid pundits that the first debate is considered dress rehearsal, get people to know who they are and by the time the second debate rolls around, boom everyone is on cue

But somewhere in West Texas, Rick Perry is sitting under an antelope head at his N*ggerhead hunting lodge saying “that could ‘a been me. Stupid smart guy glasses stunt.”

That’s it, Slap the tap on some Alimony Ale and pay your political tab

India likely to force Facebook, WhatsApp to identify the originator of...

Save the applause, Congress just saw their shadow and called for...