The comic George Wallace had a great comedic rant about Racists and Martin Luther King Jr Day. Albeit the sketch is old, but he went into a rant about how Arizona did not recognize MLK Jr Day and went on to say “you have to be racist as all hell not to take a day off of work. It could Ku Klux Klan day and I’ll be in the backyard grilling and raise a toast of ‘grand wizard here’s to your punk ass.’”

How deep is your hate?

Now to be fair the state of Arizona, it wasn’t until 1991 that the state government reversed course, eight years after President Reagan signed legislation to honor Dr. King that Arizona had finally decided to honor MLK Jr day. Yet the clincher of the turnaround wasn’t to honor MLK Jr, but so that the NFL would end its boycott of Arizona hosting a Super Bowl and possible $200 million in revenue.

Funny how the Dollar trumps belief!

I’m positive that at this point someone reading this is screaming “what about the War on Christmas?”

Secondly, the actual “War” began when department stores found a way to rake in profits by commercializing a religious holiday.

Now, as we settle into our Labor Day weekend, with full bellies of hot dogs, buffalo chicken dips and cold frosty beverage, I have to wonder if all those folks that despise Unions so much are going to enjoy having Sept 1 off and in many cases with holiday pay. 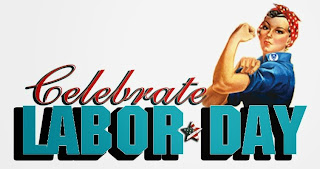 I know, I know, someone out there will state “I’d rather be working then having today off?” Um, you’re getting paid to do nothing on Sept 1, but you’d rather be in the office and complaining about being in the office?

Let’s not forget how Labor Day came to us by thanking a past Union member.

See way back in 1882, the Central Labor Union of New York adopted an idea to celebrate the social and economic achievements of the worker. And not long afterwards other Unions around the country joined together and pumped their balloon dog gripped Socialist fists in unison into the air.

Wait is there a Balloon “twisters” Union?

Anyway, some will say that in 1894, shortly after the Pullman strike, President Grover Cleveland signed papers making Labor Day, Sept 1 a federal holiday

Please do not get me wrong, I’m not a fan of Unions, but I do thank those that preceded us. However, I would seriously think that if someone is so against Unions that they would thoroughly research everything thing they consume.

So what type of vehicle will a Union hater drive? Well it they can’t drive a Ford/GMC/Chrysler as they are only built in Union facilities and those that are non-union built are from foreign lands. A hater wouldn’t want to drive a Mexican built Ford Fusion, would they? http://www.uaw.org/articles/uaw-releases-2014-union-built-vehicles-list

How about quenching a hater’s thirst? Well for example, if you live in the Pittsburgh area and want a Coke or Pepsi, well you better find an alternative as those facilities are Union shops also.

And I sure do hope the Union haters that plan to drink a few beers this weekend aren’t drinking any of the following Union-Made beers listed here; www.unionplus.org

How about flying the friendly skies, does a Union hater grumpily snort their way to a Non-Union carrier and find longer delays and less accommodation more desirable?

We can go on for hours talking about this, but I also want to flip the point in that I hope that those that pledge all love to the Union way are partisan in their spending as well. How well does the United Auto Workers (UAW) member support the International Brothers of Teamers (IBT) while the Air Line Pilots Association (ALPA) flies above?

Sometimes I think only the Enviro/Animal Rights folks are the ones who stick to their beliefs the most.
Seriously, if something disgusts a person so much, would they still take the benefit of the day?

Everyone likes to get their drink on and there are no better holidays for that than St Patty’s Day and Cinco de Mayo. When else are you gonna find an Orthodox Jew wearing a kilt drinking a Guinness or a Redneck Hillbilly kissing a sombrero wearing donkey while drinking a Corona? 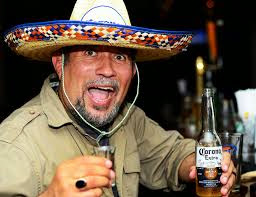 Now if we can combine the two holidays, man oh man let’s get the party on. But wait; there would be some sort of opposition from the Beer Commission because combining the two would hurt profits.

Once again, the dollar trumps holiday

And with that, the point of all this rambling is for every pro there is a con, yet when it comes to a celebration or a federal holiday/day off, Americans will conform their beliefs to whatever is happening just to party.

That’s it, slap the political tab and how politically brewed are ya?

Politically Brewed - March 8, 2021 0
Sometimes there are days that my brain has these long-winded political debates at the worst possible time, such as; 2:00am on a Tuesday,...