I guess censorship is selective too many or is that hypocrisy is money in the bank? It’s not that unusual for people to cry foul to censorship or freedom of the press/speech for a journalist’s renderings, of course, it’s someone they may disagree with and what their soapbox may be about. Take for instance today when I read that the conservative Daily Caller website blogger Mickey Kaus had quit/resigned from the website over a disagreement over his latest rambling.

It’s typical in today’s world for writer/journalist/blogger to clean their desktop in creative disagreement but according to Kaus, his departure was over censorship more than anything by the hands of Daily Caller’s editor-in- chief (sans bowtie) Tucker Carlson.

You can attack everyone but the hand that feeds you.

Kaus’ latest blog was in response towards FOX’s lack of opposition on immigration and amnesty airtime so that FOX can run more stories on ISIS and terrorism ad nauseam. The blog had been posted momentarily at Daily Caller until it was wiped clean from the website. Kaus contacted Carlson who had told him that yes, indeed his blog was deleted from the website because “We can’t trash Fox on the site. I work there.”

Rule #2 of partisan writing; expect censorship when attacking/questioning your ally.

Rule #3 of partisan writing; its only censorship or freedom of speech/press when the opposition does so.

Here I thought the chest thumping attack against censorship or freedom of the press/speech in partisan media only went against liberal media and was protected by the “all in” conservatives like Carlson.

However, I’m going to give the benefit of the doubt for the moment only because of at this time Carlson has yet to provide his defense of what transpired, yet I will admit I’m leaning towards Kaus recollection of the eraser.

But I currently have been enjoying the about face by many that mock the liberal media for their abusive censorship and rally around “Freedom of Speech” talk, yet only defend Daily Caller on their action.

I guess censorship is selective too many.

But after reading what happened to Kaus, for some odd strange reason, I find humor in how readers/followers take sides on who and why censorship or freedom of the press/speech is ok, depending on the source. Many agree Carlson had every right to delete Kaus’ blog because it painted his employer in a bad light.

Now had this happened to someone in liberal media, you can bet your star spangled booty there would be applause for their stance in mocking their employer. Well only after they got fired/resigned then they would be “contracted” to speak their will on Conservative programs. 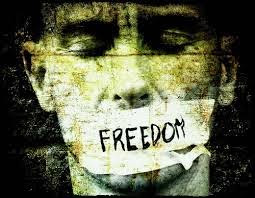 Nowadays, Attkisson has been a regular in conservative media for multiple reasons such as her soap box stance against her once employers and the Obama Administration’s hijacking/bugging her computer. But prior to that she was working for the Washington Times and CBS.

Absolutely it’s immoral if the government did hijack/hack/bug Attkisson’s computer, but all in the name of the knee jerk reaction known as the Patriotic Act one must wonder how far in legality did they go. Yes, we’ve seen the video of her laptop deleting just written words to claim someone other than she were doing it.

I do like the government’s explanation that her “backspace” button was stuck as to the deletion.

Oops I must correct myself. The Washington Times is the conservative paper. It’s The Washington Post that’s considered the liberal rag. I always get them confused. Well it’s their fault for not being original in name!

Anyway, so she worked at CBS from 1995 to 2014 when she decided to “leave for other endeavors” yet immediately stepped onto her soap box to lambast Mainstream Media bias and the Liberal Agenda. Coincidentally, she was in the midst of writing a book on the topic as well.

I still find it humorous on how so many defended Attkisson on how her departure from CBS and her allegations of Media Bias had many up in arms, yet keep forgetting she took a paycheck from CBS for close to 20 years.

Hypocritical much? I’m pretty sure her bank account could answer that question.

Others too have moved Left to Right in the journalistic resumes and once hated are now applauded as truth tellers. Attkisson is not the only person to slam CBS for their bias, just the latest. Bernie Goldberg did so in 2003, it’s just the partisan divide widen every day in the “Left Said/Right Said” media ratings battle.

This is not an attack on conservative media as the majority of my favorites reading comes from that side of the divide. Yet I find the hypocrisy of someone such as Carlson who trumpets the Constitution and freedom of speech/press so much to flip as he did in hypocritical manner. 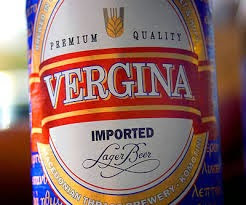 Then again, Carlson hasn’t been the same since ditching his trademark bowtie during his final days at MSNBC years back.

That’s it, slap the political tap on some Vergina Lager and pay the tab dammit.

Politically Brewed - February 21, 2017
0
Ok, my bad....  Over the past few months I've given MILO some praise for his First Amendment rights even though (by some research) to...