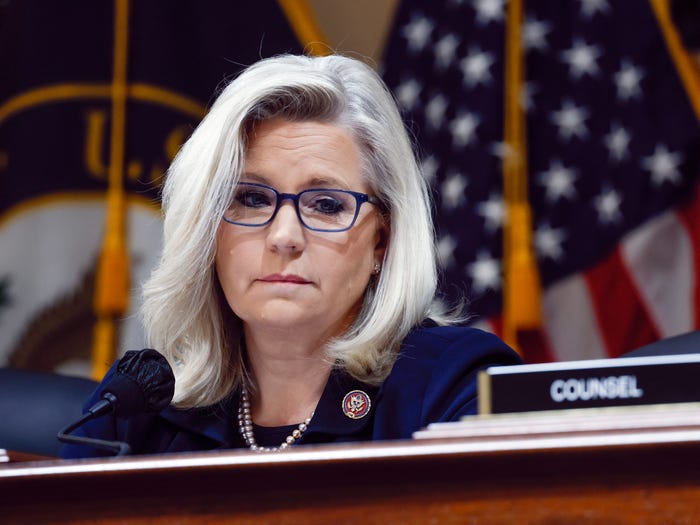 January 6 committee staff are angry at Liz Cheney for focusing too much on Trump and think she’s doing it for political gain, report says – By Kelsey Vlamis (Business Insider) / Nov 23, 2022

The staff for the January 6 panel has expressed frustration with Rep. Liz Cheney for focusing the committee’s final report too much on former President Donald Trump, at the expense of other aspects of the investigations, according to a report published Wednesday by The Washington Post.

The Post spoke to 15 former and current staffers who said Cheney, the committee’s vice chair, has exerted high levels of control over the investigation and the final report. Some staffers said they felt that Cheney’s focus on Trump was for her own political gain.

“We all came from prestigious jobs, dropping what we were doing because we were told this would be an important fact-finding investigation that would inform the public,” one former committee staffer told The Post. “But when [the committee] became a Cheney 2024 campaign, many of us became discouraged.”

Cheney is one of just two Republicans who joined the committee, which is set to expire at the end of this year and is highly unlikely to be renewed in a Republican-controlled House. Cheney’s work on the committee, and staunch defiance of Trump, has raised her national profile and earned the praise of some Democrats.