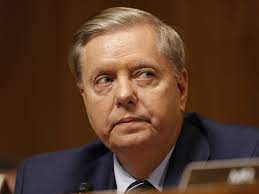 Sen. Lindsey Graham (R-SC) divulged during a Tuesday Senate hearing that members of his own family were opting not to work because of federal unemployment benefits.

The disclosure came during a hearing of the Senate Budget Committee, where Graham was addressing Shalanda Young, the acting director of the Office of Management and Budget, during an exchange about federal jobless benefits due to expire in September. “There’s a lot of jobs out there that are unfilled and will never be filled until you change the benefit structure,” Graham told Young. “Does that logic make sense to you, given where we’re at in our economy?”

“I understand the logic, but I’ve also not met Americans who would prefer not to work,” Young replied. “There’s a dignity to work in this country.”

Graham countered with a chuckle, “I got a lot of people in my family that ain’t working because they’re getting — I’ll show you some in my family. The bottom line is I think there are people out there who are not bad people, but they’re not going to work for $15 an hour if they make $23 unemployed. That doesn’t make you a bad person. If you’re working for $15 an hour, that makes you almost a chump. ”

Rick Wiles Says COVID-19 Vaccines Are a Plot to Carry Out...