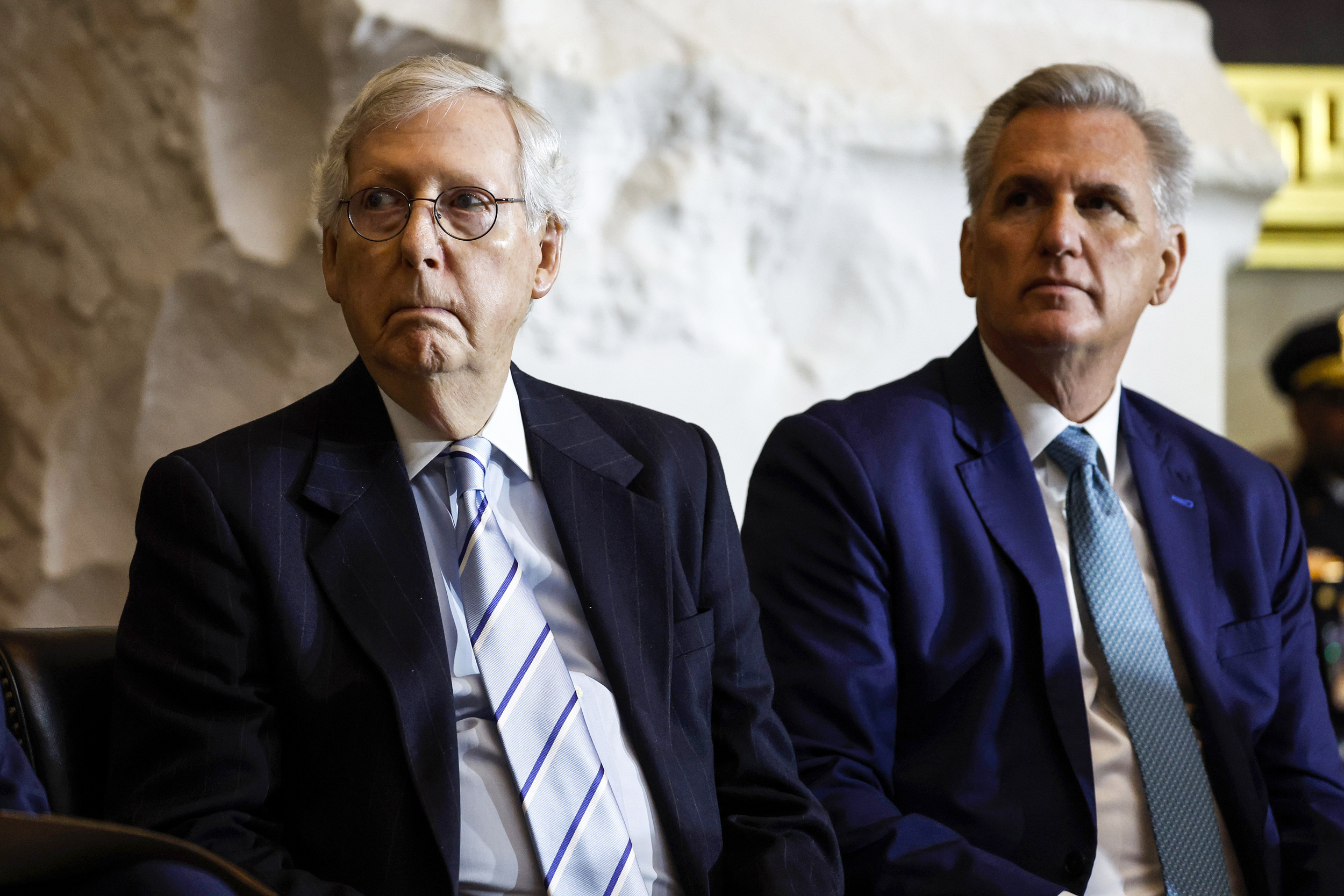 McConnell puts the onus on McCarthy to negotiate a debt limit solution with Biden – By Sahil Kapur (NBC News) / Jan 24, 2023

The Senate Republican leader said the House should make the first move ahead of a June 5 deadline to raise the nation’s borrowing limit: “I wish him well in talking to the president.”

WASHINGTON — Senate Minority Leader Mitch McConnell said Tuesday that House Speaker Kevin McCarthy should lead the way on crafting a solution to the debt ceiling deadline so the United States can keep paying its bills.

The Senate GOP leader said it’s reasonable for McCarthy to consider spending cuts as part of a debt limit extension before what the Treasury Department says is a June 5 deadline to avert economic calamity. But Democratic leaders and President Joe Biden say they will not entertain cuts or other negotiations tied to the debt ceiling.

“I can’t imagine any debt ceiling provision passed out of the Senate with 60 votes could actually pass this particular House,” McConnell, R-Ky., told reporters, referring to the threshold to break a filibuster and pass a bill. “So I think the final solution to this particular episode lies between Speaker McCarthy and the president.”

He said that a fix “will have to come out of the House.”