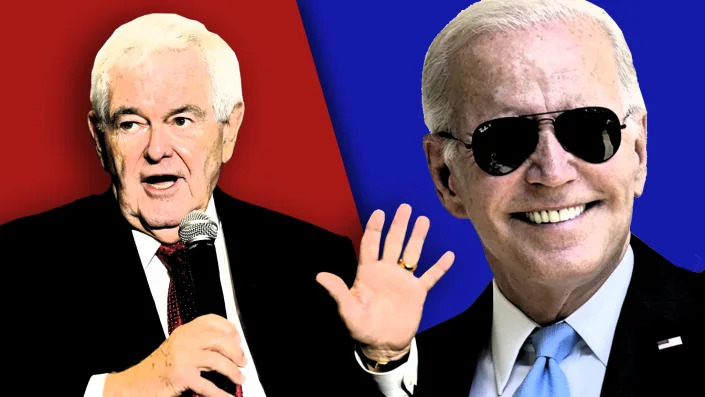 WASHINGTON — President Biden recently received praise — backhanded and qualified, but praise all the same — from one of the figures least likely to offer a favorable assessment of a Democratic administration: former House Speaker Newt Gingrich.

In a new column published on his website, Gingrich offers his own party a blunt warning: “Republicans must learn to quit underestimating President Joe Biden.”

It is a remarkable concession for a man who practically invented modern-day partisan combat, which allows for little concession or compromise. Gingrich engineered the impeachment of President Bill Clinton; later, having left Congress amid ethical lapses, he assailed President Barack Obama as a supposed “socialist” in disguise.