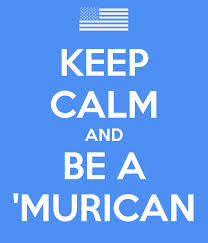 What difference does it make whether a President or candidate speaks/answers a question in any language other than ‘Murican?

So what on Earth am I talking about? Well it seems Donald Trump and that linguist maven Sarah Palin got their political panties all bunched up because a few weeks ago Jeb(!) Bush was asked a question in Spanish and he replied in Spanish.

Their reaction has made the Media rounds due to two things that are in the news at this time; A. the battle that legal and illegal immigrants should speak “English” when here and B. that Jeb(!) Bush showed off his bilingual skills and Donald Trump didn’t like it. Apparently Palin was so upset about Jeb(!) showing off his communication skills that she had to bless us with an interview just to say “…when you’re here, let’s speak American.”

Now let that sink in for a minute……

I have to be fair because we live in the Media sound bite world and many will charge Palin with speaking before thinking. So as a few many only heard Palin’s sound bite, she did correct herself with “I mean that’s what’s — let’s speak English and that’s a kind of a unifying aspect of the nation is the language that is understood by all.”

Yes she is correct; we speak English in the United States even though we do not have an official language. And it’s that huge consortium of folks who believe there should be an official American language even though our Founding Fathers had never wanted such and many of them were bilingual as well.

Kind of funny considering that most citizens cannot even speak coherent English, they speak fluent ‘Murican. 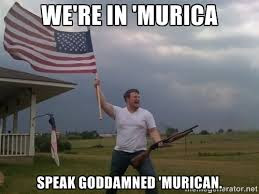 So why had our Founding Fathers not believed in an official language for their newly founded country? Simply because they had taken for granted that citizens already spoke English so there was no need for an official language plus believing that anyone who immigrated would simply pick up the language in adapting to their new home.

History also tells us that our Founding Fathers and citizens also consumed a lot of alcohol on a daily basis.

But there’s nothing wrong with being bilingual as many of our past presidents spoke many languages. Jefferson and JQ Adams were fluent in Latin, French and Italian while Hoover enjoyed speaking Chinese when strolling through the halls of the White House. Ben Franklin is reported to have routinely complained about German immigrants being too dumb to learn English and worried about how they will soon outnumber Americans. Sound familiar in today’s American society and the complaints of the Latino populace?

So yes, the push for all immigrants (legal and illegal) to learn English has been around since we revolted the English crown, but it seems the complaint is growing larger as more and more from around the world want to live the American dream.

Many are learning the English language, but their main problem is they cannot shake their “accent.” Again to be fair, have you ever tried to have a conversation with someone with a deep Boston or New York accent? If there is anyone who needs a class in phonetics it’s these folks. Heavy accents run throughout the Northeast and Southern United States. I talk to many people throughout the East Coast on a daily basis and their regional accents leave me scratching my head sometimes

Yes I’m from Pittsburgh, what you might call a Pittsburgher I prefer the term “Yinzer,” a city that recently was voted the country’s ugliest accent. No recount needed as the majority of “Yinzers” are proud to accept the honor, except me, I’ve fought my entire life for clarity.

So we should be sympathetic to those immigrating here and trying to learn a new language, Lord knows I butchered many foreign languages in school to squeak by with a “C.”
But we, as a consumer, have been forced to deal with foreign accents for the longest time.

For instance, the majority of the time when calling customer service one will moan aloud “please let this person speak English, please…..” and when the person answers with a foreign accent you let out a big sigh and say “why am I talking to someone in a foreign land?” Blame the business.

American companies from industries of Credit to Electronics have moved their Customer and Technical service departments half way around the world for two reasons; cheap labor and time convenience.

It’s cheaper to contract a company in another country and normally as the consumer we make most of customer/technical service calls in the evening time. We’re ending our day and they are just beginning. These foreign companies have caught on and have told their employees to “Americanize” themselves by using American names like “Timmy” or “Susie” so we feel sympathetic into thinking this person just immigrated here and trying to fit in.

Why do you think he goes by “Bobby” Jindall and not by his real name of “Piyush?” Because when his parents moved to the US, they didn’t want him to be ostracized by other kids.

Yet I must turn to the Urban Dictionary to help those newly minted legal and illegal immigrants to fully comprehend what it means to live in ‘Murica and speak its language. So pay attention as this may appear on your VISA application. Per the Urban Dictionary the term “murica” is the way how many people with extremely thick, American accents, pronounce “America”. The term is used to denote extreme, extreme nationalism and patriotism, but not necessarily facism. It is generally seen as a derogatory yet humorous way to describe most Americans: fat, lazy, gunwielding, war loving, horse riding, saloon fighting, beer drinking, sex wanting or etc.

So grab a beer, gun, Big Mac and wave ‘Ol Glory while screaming war songs against your homeland and you to may fit the ‘Murican stereotype.

Again, there are way too many here in the good old ‘Murica that can take the simplest of issue and turn it into something that makes thinking before speaking overrated. But hey, that’s why I have a political blog to either fan the flames or piss on the campfire. 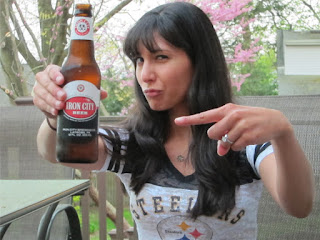 All Hail President Skrood.. Is the “Day After” within grasp

Politically Brewed - November 9, 2016
0
The "Day After" is almost fitting in that the weather is dreary and the township is putting up the Christmas lights along the business...