Last month, the Environmental Working Group, a critic of agribusiness subsidies, reported that its analysis showed that in 2018 and 2019, more than half of the $23.2 billion in the Market Facilitation Program went to the richest 10% of farms. The program is meant to offset harm caused by the U.S.-China trade war initiated by Donald Trump.

This week, The Washington Post looked at another aspect of the relief funding and discovered 91% of those billions went to counties that supported Donald Trump in 2016, with just 9% going to counties that voted for Hillary Clinton. If there’s a surprise to be found in those figures, it’s that Clinton-favoring counties got even a nickel. 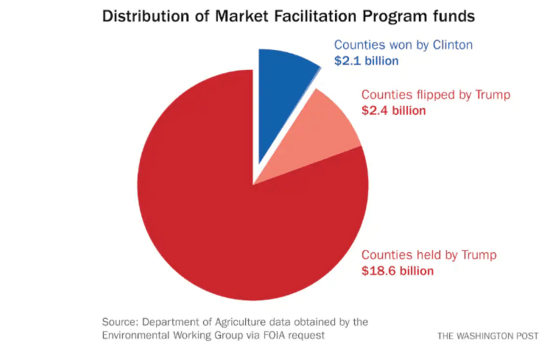 Why “the 26 words that created the internet” are under fire...