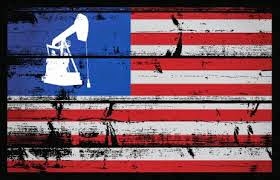 So the return of the argument over the Keystone pipeline has begun. Isn’t rather strange how the fight was the rage throughout the summer of 2012 but turned into a whisper after the 2012 election season and then return with a roar 4-6 weeks prior to the 2014 Mid-term election? Yet with all the information and misinformation it’s purely more political than economical reasoning, well temporarily reasoning that is.

We’ve been told that the oil in them there pipes coming from Canada to the Texas/Louisiana refineries will be sold in the US and bring down oil prices by many politicians and partisan talking heads alike, yet Keystone has never stated this.

It has been stated by those same politicians and talking heads that the oil, if not routed thru the US, would be routed across Canada to the Pacific Coast and be shipped to Asia. So where’s the destination for the oil if it runs thru the US? Not to mention oil prices have been dropping steadily as of late and there’s no guarantee over saturation in the market would drop the value any faster. Remember, it’s the Speculators on Wall Street and other investment areas that determine the price, because that current price is set on futures.

We’ve also been informed that anywhere between1k-100k jobs will be created “over” two years in the US due to the Keystone pipeline. As of today, the US State Dept states that the number is estimated around 42k jobs “for” two years, with those jobs heading towards construction positions alone. After completion of the pipeline, it will only need between 50-100 employees to secure and maintain once the oil begins to flow.

There’s a difference between the words “over” and “for” because many determine “over” as permanent, yet “for” means temporary. So the 42K jobs are “for” temporary sporadic jobs, again which is good for those in the 6 States able to receive the employment opportunities due to the pipeline. But when those jobs leave, how will the politicians and media handle the job loss numbers? Who will they blame for the loss in employment when pointing fingers begins in time for the 2016 election?

Now those 42K temporary sporadic jobs are “guesstimated” to generate anywhere between $3B-3.5B over the two year timeframe to the economy. That’s great for those 6 States involved in the pipeline, however remember its temporary money and those politicians will need to “bank” that money for future, not spend if they have not done so already.

Of that $3B-$3.5B in economic generation, we’re told not only will that money go back into the local communities in consumption from food to gas to other needs, but also in materials needed on the pipeline construction itself. However what is forgotten is that many materials have already been bought and have been sitting idle while politicians in those States and the Federal government fought/kicked/cried while shaking babies and kissing hands. Of those materials previously bought, the majority were not bought in the US yet shipped from China and other countries. Why?

Simply because it was cost effective to buy foreign materials then to buy domestic, which has been an argument for loss in manufacturing since the mid-70’s. 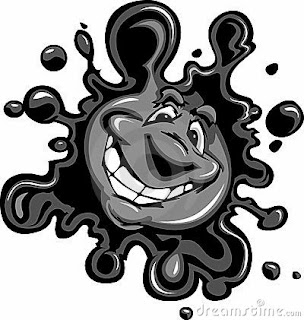 In the time I begin this rant (roughly 20 minutes ago), the US House has voted to move forward with the current legislation on the Keystone pipeline. It’s purely political and the best example is that of Louisiana’s Mary Landrieu trying to save her Senate seat.

Ms. Landrieu suffers from reverse John Kerry Syndrome. You know this decease as once being for something before being against it. Well Ms Landrieu’s symptoms are reversed; being against something before being for it. She’s hoping the people of the great state of Louisiana will have forgotten her past and only remember her words today. We’ll have to wait for the results of the election run-off against challenger Bill Cassidy to see if the memories of Louisianans is long or short term.

The Keystone pipeline economics truly only favor that of 6 States: Montana, South Dakota, Nebraska, Kansas, Oklahoma, Texas, and Louisiana. Public opinion by one and all shall either be decided on the temporary injection of cash or the future notion of “wait and see” for the next political campaign ad?

That’s it, slap your political tab and be careful of politicians shaking babies, kissing hands and pinching asses.

‘Let Me Respond To Your Lie’: Greg Gutfeld And Geraldo Rivera...

Let the “War on Christmas” commence! But don’t forget to checkout...

Politically Brewed - December 2, 2017 0
It's the most wonderful time of the year. With the kiddos bell jingling and everyone telling you "be of good cheer". What, wait be...