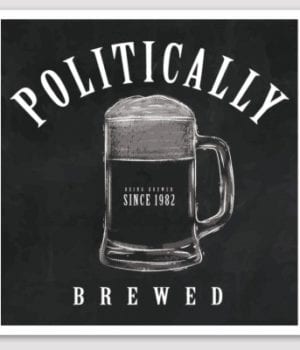 SCREW THE STATE OF THE UNION TV CIRCUS

The State of the Union speech needs to go away, period.

OK, maybe not the speech in itself, but everything from the pre-address media hoopla, the audio/visual of the address and absolutely the post-address and rebuttal sessions that follow

Really CNN, promoting the 2019 SOTU as “President Trump in Nancy Pelosi’s House” is a bit much. Seriously you could’ve paid James Earl Jones a few extra bucks to use a scary voice-over for appeal. Maybe add a Pelosi “and your little dog too.”

Wait does POTUS Donnie own a dog?

Anyway, I don’t care who is giving the speech, Democratic or Republican, the speech in itself is nothing more than one giant “Ra Ra Let’s Go Team” or “I’m awesome” for the POTUS and his base to cling to.

And of course the detractors to tear apart.

In the modern era, very few ever pay attention to the 2nd or 3rd SOTU speech given by the sitting POTUS, as the shine has worn away while bullshit deepens.

Some will argue with me that SOTU ratings are formidable in comparison to network programming, yet however when the speech is shown on 15-18 cable channels;

You’re damn skippy it should get better ratings then WWE Smackdown or scheduled NBA Game. But then again the POP Channel is replaying an episode of House titled “Tyrant” in which the team treats a controversial African politician (there’s your GOP que for an Obama joke).

And WTF? Fios what happened to my Blaze Channel and what’s Newsy about the Newsy Channel?

Shockingly C-Span 3, CNBC and Headlines News are going with other programming because I assume it would be considered overkill for those channels to air the speech.

Media, like any political event, always jumps the so-called shark with scheduled pre/post analysis programming that somehow must involve a televised rebuttal with a rebuttal of the rebuttal, but I really only remember this occurance happening over the final 3 years of Obama. Thankfully, the ill fated rebuttal of the rebuttal from the Freedom Caucus got axed. Sorry that’s putting it nicely because no one really cared for it to begin with.

Sure the Constitution’s Article II, Section 3, Clause 1 states “shall from time to time give to the Congress Information of the State of the Union, and recommend to their Consideration such measures as he shall judge necessary and expedient,” but the address has gone from substance to grandstanding with fill in the blank narratives for staged applause.

Basically a huge one man show with a room full “fluffers” to make a POTUS feel good.

Again, be it Obama or Donnie, you get the point.

In reality, the SOTU address should only last 15-20 minutes tops, however all the partisan applause, all the selective narrative and cheap political points by addressing those invited in the balcony have turned the SOTU into a monstrous 60-75 minutes fiasco.

Oh yeah, you people in the balcony, you do realize you’re a pawn because 15 minutes after the conclusion, POTUS and his Adminstration won’t remember your name or your reasoning in topic.

George Washington’s first SOTU was a simple 1,089 words. Think about that for a second. Most 11th grade presentations range between 600-1200 words and last 6 minutes!

But too many displeasures, POTUS Donnie won’t be able to name call from the House floor, there is a form of decorum to follow. Then again, there’s probably many who would prefer a Tweet with a pre-recorded video instead.

Every POTUS talks of unifying the nation, to heal the nation, to make the nation stronger, to blah blah blah blah. But of course if you don’t believe the individual all you’re gonna do is jack up your stress level and drink another frosty beverage while cursing at your television.

Yes, I’ll probably tune in but have yet to decide if I’ll do my yearly Facebook play-by-play. Although, a podcast play-by-play commentary would be way to much fun.

That’s it, slap the tap, pass the left over Super Bowl guacamole bowl and pay your political tab by replaying the 2019 Puppy Bowl because at least you can say bitch and not get held at for cursing.

All Hail President Skrood.. Is the “Day After” within grasp

Politically Brewed - November 9, 2016 0
The "Day After" is almost fitting in that the weather is dreary and the township is putting up the Christmas lights along the business...