A red sculpture portraying Russian President Vladimir Putin mounted on a war tank has been installed in a playground in New York City’s famed Central Park.

French artist James Colomina, who is known for placing his red statues in unconventional areas without prior announcement, created the piece, according to Reuters.

“This sculpture aims at denouncing the absurdity of war and at highlighting children’s courage when faced with violent, catastrophic situations triggered by others,” the street artist wrote in an Instagram post about the statue. Colomina appeared to be referencing Russia’s war with Ukraine — and the Russian president’s role in it. 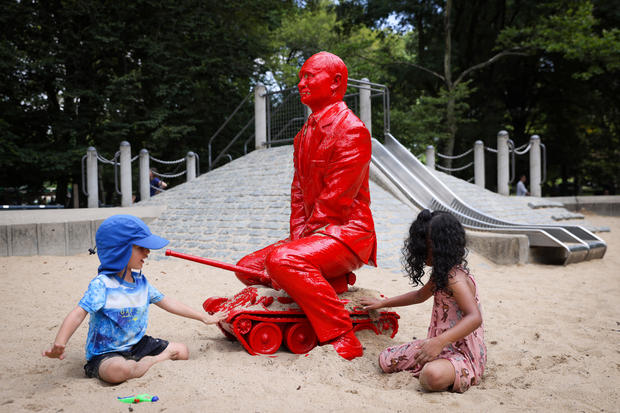 Congress made a liar out of Biden with Inflation Reduction Act: Tax expert (FOX Business)