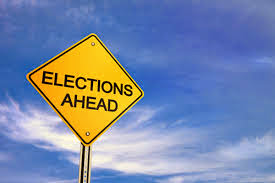 There are a few things that I’ve learned since taking Political Science 101 so many years ago and one (expensive) educational nugget is that when Midterm Elections come around, too many people close the blinds, turn off the lights and go to bed early.

As with any election there are different stereotypes to the Democratic/Republican voter and for one of the Parties the thought holds true.

For instance, the average Republican voter wakes on Election Day and does the following: Reads the Constitution, has a slice of Apple Pie with an ice cold Coke while sitting under a velvet picture of President Reagan and as they walk out the door they salute Old Glory before jumping into their oversized SUV with Lee Greenwald’s “Proud to be an American” playing loudly on their way to the voting booth all before the workday starts.

Now in comparison, the average Democratic voter will wake on Election Day and perform the following: Pace by the window multiple times while listening to the morning weather report. And as they jump into their eco-friendly vehicle with NPR playing at a modest low volume, they again keep looking upward at the sky and say “Oops there’s a cloud, it might rain, looks like I’ll miss my chance to vote” all before pulling into Starbucks for their Pumpkin Spice Latte.

Now, can you guess which one is the exaggeration?

That’s right! The Republican voter analogy is far from the truth because I never mentioned anything about grabbing their concealed weapon when they walked out the door.

Yet unfortunately, as I learned so many years ago in Poli Sci 101, yes the Democratic voter is through and through a very procrastinating and will find more ways not to vote then to do so. However in today’s politically brewed society, they are not the only ones lacking any enthusiasm to “voice” their vote.

Sadly as generations pass, the “want” to vote in a Democracy seems to be waning 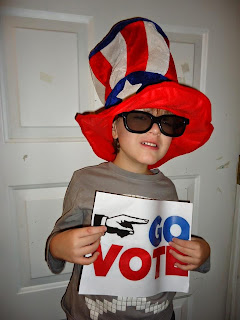 That’s barely 40% of registered voters that took advantage of their Constitutional right to “voice” their choice as to how their County, State and Country shall run. That means 60% of registered voters that did not use their “voice” need to shut the hell up as too how and who to complain about until they bring their warm bodies to the voting booth.

Now according to the US Census, the following survey results happened to during the 2012 elections helps validate the above statement as to why so many decided to stay away:

So what will be your excuse? Hang nail? Sniffle? Excruciating long line at Piggly Wiggly for toilet paper?

To say “Didn’t Know,” “Did not like the candidates/campaign issues,” or “Not interested” are as useless of an excuse as saying “My dog ate my voter registration card.”

As the “Greatest Generation” passes away and “Generation X” being cast aside, the battle of the hearts and minds skew towards the “Baby Boomers” and “Generation Y” demographic for the politicians to win over.

Face it, “Great Gen” & “Gen X” crowds have nothing left to offer the Political Parties at this time. Both have been politically molested and extorted of their wealth, both emotionally and economically. Think about it, the “Great Gen” has little to over, their time has come and gone, while the “Gen X” have become anchored in their career and personal life. What money they do have is set aside for their child’s college education and there’s very little movement at this stage in career to break the corporate ceiling.

So it’s down to a generational rotation. Just as the battle was once for the “Great Gen” and “Gen X” prior, it’s now left to the “Baby Boomers,” who have now begun their mass exodus from employment and become empty nesters, all the while “Gen Y” are just beginning their career and personal means.

And both Political Parties are chasing their demographics in typical fashion; Republicans long for the “Baby Boomer” while the Democrats chase the tail of the “Gen Y” crowd.

Remember, the “Baby Boomer” generation was once yesterday’s hippie voice. A culture that pushed the notion that government was the answer which in turn is very much the cause for many of issues that are being fought today, that being the “Great Society” idea of the 1960’s; War on Poverty, Medicare, Education expansion just to name a few.

Now much of that very same generation now considers acts of “Socialism.” Gone are their Social Liberalistic ways and a massive rush towards Fiscal conservatism. Which there is nothing wrong in changing one’s belief, but the “Baby Boomers” feel a need for redemption of their past political prowess.

But where does this leave “Gen Y?”

Simple, “Gen Y” is not far from the “Baby Boomer.” The difference being is that “Gen Y” understands the cost objective of being Socially Liberal while being Fiscally Conservative at the same time. Yes, there can be coexistence of both political thought; it’s called being a “Moderate” or “Centrist.”

Yes one can support Offshore Drilling and Gay Marriage in the political arena!

And this is where the Political Pundits have stepped in and rid the scourge of the “Moderate/Centrist” from the halls of Government by using whatever means possible to blame them for destroying the republic.

The void of the dreaded “RINO (Republican In Name Only” and “Blue Dog” moderates in government has truly helped in the gridlock today. Much of that gridlock helps in rating grabs for the jesters, err I mean pundits. But you, the voting public, need to use your voice and show up to vote. Do you vote the career politician out or stay with them because you know what to expect from them?

That’s it, slap the tap of your favorite political brew and make your way to vote this….. Squirrel!

Yes folks there are false flags – But they should be...

Politically Brewed - February 28, 2017 0
Yes folks there are false flags - But they should be taken serious until proven so Come on Daily Beast, you’re really pushing the narrative...