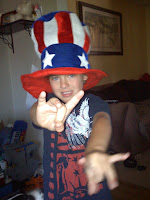 It’s true when you think about everyday life that it’s in our nature to be a critic. We criticize our employer, fellow co-workers, the waitress and the barista. Yet we are bigger critics of our favorite sports team or the latest partisan parting shot given on the news channel that you never change and of course during award shows.

Postings and memes flooded social media shortly after the announcement of the Stephen Hawking movie The Theory of Everything had won Best Pic instead of American Sniper. Many began protesting that they would not be watching future televised Oscar awards or even going to the movies unless it’s a “Conservative” themed movie to prove “Liberal Hollywood” that they were wrong in their choosing or the choice was due to Hollywood’s anti-American/anti-Military love affair.

Everyone’s gotta have a reason to bitch.

So I pose a few questions to these new found entertainment critics; what exactly makes a movie conservative and secondly is it not “Liberal” Hollywood that is funding and distributing these conservative movies to begin with?

Obviously “Liberal” Hollywood hasn’t shunned those thespians and directors that consider themselves to be on the Conservative political fringe because if they did so then many of Clint Eastwood, Vince Vaughn, Adam Sadler, and Gary Sinise movies wouldn’t have been bank rolled as they’ve been.

But it’s always fun to have an enemy to criticize.

So what is the definition of a conservative movie? Well there really isn’t one, at least not one that I have been able to find. Yes, one can say “anything that gives moral value in God, Country, Military and Family or with Patriotic theme.” But I find that pretty lame in answer because one can describe any movie in that perception even though the movie is quite liberal in reality. 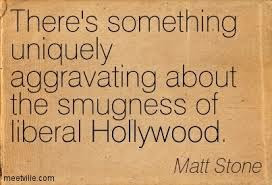 Take for instance the movie My Own Private Idaho from 1991. Rotten Tomatoes describes the movie as “a young street hustler named Mike who suffers from narcolepsy, whose search for the mother who abandoned him leads him across the Northwestern U.S. and even Italy. Mike is joined by Scott Favor, the bisexual son of the mayor of Portland, Oregon with whom Mike falls in love.”

So to some, that would be the liberal version, however Conservapedia’s version is a bit different with “Two good friends learn to pull themselves up by their bootstraps and make it in the business world.”

WTF? How does one movie go from one extreme to another in description?

OK, if that one doesn’t scratch your head, how about another movie from 1991 with Don’t Tell Mom the Babysitter’s Dead.

Again, I’ll use the description from Conerviapedia with “Five siblings are left alone for the summer, with no money after their elderly babysitter passes away. They realize the importance of hard work, as well the responsibilities of being an adult, and the negative effects of drugs.”

Have these people not seen this movie?

To be fair, I’ll keep with Rotten Tomatoes’ description of “With their mother setting out for an Australian vacation, a family of five children, look forward to a summer full of fun and freedom. However, their hopes are dashed when a crotchety old woman is hired to babysit them. When the sitter drops dead, 17-year-old Sue Ellen ends up conning her way into a high-powered business job in order to support her siblings and preserve their summer of unsupervised freedom.”

Got that? The older daughter lies on her resume, cons her way into a fashion design company to support her sibling. Not to mention when supporting her siblings, she steals from the petty cash drawer to buy food, one sibling of which gets stoned in his room with his buddies all day until ¾ of the way thru the movie when he decides to grow up to impress a girl.

We can go on and on with this silliness by looking at the Liberal Pocahontas and its feminism/ environmentalist theme and compare it to The Bee Movie’s environmental destructive ways and rewards of hard work description and skip the thought of bestiality when the bee and human fall in love.

Wait, is it considered bestiality to fall in love with a bee? 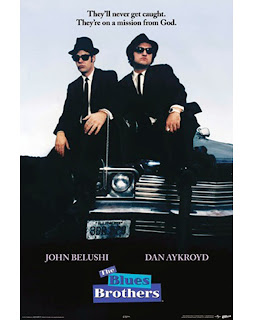 Even the “Blues Brothers” is considered Conservative because part of the story has Jake and Elwood trying to raise money for an orphanage and their infamous “Mission from God” motto. No mention that Jake was just pardoned from jail and immediately falls back into pre-jail character by lying, cheating and stealing to get that money or complete disregard for authority.

I can understand when reading that a movie like 1984’s Red Dawn is a conservative movie with Americans fighting back after a surprise attack by Russian and Cuban communist army on US soil. Yet I’m surprised someone didn’t yell foul at Red Dawn as a possible liberal smack on President Reagan as the fictional attack happened during his tenure in the White House, as many did for the made for TV nuclear war movie The Day After.

But when reading articles about how conservative movies gross more than liberal movies one must read carefully, as some of those articles do not list which movies they are talking about.

Ok, you got my attention, whatcha’ got for results?

Again, I say it’s all in the eye of the audience, because three are documentaries, another is a Canadian movie, four are animation, and one is Ayn Rand’s Atlas Shrugged Part 3 a movie that barely grossed $500,000 after its September 2014 release. 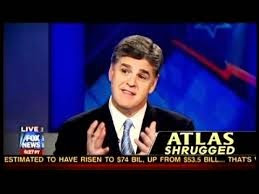 And for all the push by Conservative Poli-Talkers of Ayn Rand’s Atlas Shrugged (all three parts),” ticket sales only totaled $7.9 million compared to its close to $20 million budget. Grant it, Atlas Shrugged is one of those books that is so descriptive that trying to get it all on film, let alone a three part series, does not do it justice.

But notice anything strange about the list provided by Ms. Howard? It’s very liberal in creation.

For instance Rosewater was written and directed by Jon Stewart of The Daily Show fame. He even took time on his show to mock those that believe in “Liberal” Hollywood hates conservatives, because if it were true then he should’ve won his category. Yes, the majority of the films listed are filled by liberal actors, liberal production companies and liberal directors. So technically, these profitable conservative movies are brought to you by “Liberal” Hollywood.

Many believe the most popular is the instant winner and if this holds true than The Hunger Games: Mocking jay Part 1 should have received the trophy with a total gross over $336 million dollars by year’s end.

Yes, yes I know it was reported on March 9, 2015 that American Sniper became 2014’s highest grossing film with $337 million, but those numbers were released two weeks after the Oscar Awards.

The argument over which movie is what in political theme is just plain mind numbing.

It’s easy to point at a documentary in political theme; lord knows we’ve had our fill from Michael Moore and Denish D’ Souza. My view of these films is plain nauseating in that they start off well by the 35-40 minute mark torpedo themselves in outlandish accusations. I will say, I enjoy the Conservative documentary just a bit more, but then again, I despise anything by Michael Moore so it’s considered a “push” on the betting line. 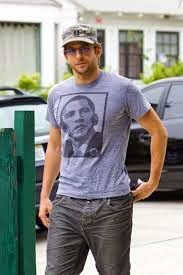 One can go round for round about who’s a liberal/conservative actor as well, but just remember, all the love affair people have for Bradley Cooper’s portrayal of Chris Kyle in American Sniper, he’s still an Obama supporter in real life.

That’s it, Slap the tap on some Colorado Idiot and turn on the Three Stooges for some political reality.