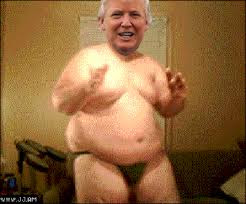 While vacationing with family in Cancun last week, I came to a conclusion that a Trump presidential candidacy equals that of a Speed-O; it’s useless & unbelievably uncomfortable to witness.

Now I say this only because too many males of all walks of life, size and age were proudly (but humiliatingly) wearing a Speed-O and the only two English speaking channels to view were FOX News and CNN International. All of which was too much for the human mind to consume and damaging to the retina. Every time I turned around there was a Speed-O or Trump or (I swear) Trump wearing a Speed-O.

Regardless of one’s opinion of Trump of the 2016 campaign, either as a Republican or as an Independent, he’ll be around for some time. Yes, it’s been floated of a possible 3 horse race in 2016, it just depends if the RNC hands over their candidacy to Trump or not. Personally, I believe he’ll drop out by the end of November in some sort of inglorious belligerent spectacular way.

But then again, I thought Rick “Spaz” Santorum wouldn’t last 4 months in the 2012 campaign.

What truly gets me is the reaction of people, both Media and Regular Schmuck that have fallen for Trump’s shtick in this race. They love the brash, tough guy act, but are they truly listening? I believe not because much of his words are no different from other past/current candidates, just he uses less words to explain.

For instance, despite his tough talk on Illegal Immigrants that has been disgustingly replayed since he announced, has recently come out for “Revolving Door Amnesty.” For those that do not understand the concept or have not paid attention to Trump’s actual words, he has stated this concept during a CNN interview with Dana Bash:

“You’re supposed to come in legally. I would get people out and I would have an expedited way of getting them back into the country, so they can be legal. Let them be legal.” (Donald Trump July 29, 2015)

That’s not being tough, that’s opening a pathway to possible citizenship and/or green card visa work privilege. A concept not too far from that of Sen McCain and others in the GOP.

But to take that a step further, it’s a call to change the current H-1B Visa policy. Mind you, it was only a few days ago that it was reported that the US is on track to give out close to 30 million(!) visas between now and 2025, a mere 10 years away.

As we worry about US citizens losing their jobs to foreign shores like that of Nabisco laying off 600 employees at their Chicago plant to go to Mexico, the idea of new H-1B Visa acceptance is a push by big business. Those immigrants can be hired at lower wages and no benefits to be paid which equates to profits. It’s also a policy of current candidate Carly Fiorina as well, but unfortunately her voice in this race has become hushed due to lack of coverage.

Not to mention Trump’s call to bring back manufacturing jobs from China has many Economists chuckling as,again it’s about cheap labor and profit margins. Add to the debate that many manufacturing positions in the US are also becoming automated leaves me to wonder how he plans to force manufacturers to hire.

But hey, Trump’s a golden spoon tough guy from Queens, New York and he’ll take on ISIS as President.

The idea of bombing ISIS is one uttered by Trump and Company as well, however it’s a tactic being used as the US is leading the current coalition in airstrikes. The one issue with bombing ISIS as many love to regurgitate is they are not a country, but a group.

The plot to bomb ones enemy away is truly no longer an option. Think about, bomb the enemy’s capital and they crumble. But when that enemy is a worldwide entity, one can bomb one area only to have that enemy pop up across the globe.

Yet Trump’s true idea is of bombing the oil fields held by ISIS in the Middle East, followed up by using US military to protect those oil fields as US corporations rebuild them.

“If I win, I would attack those oil sites that are controlled and owned — they are controlled by ISIS,” Trump said. “I wouldn’t send many troops because you won’t need ’em by the time I’m done.”(Donald Trump July 10, 2015)

Um, and how does that affect the current cost of oil? 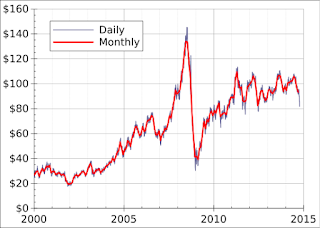 Well prior to 2003, the price of oil fluctuated around $25/barrel and soon doubled within a year. By August 2008, the cost of oil hit $141/barrel. Yes those numbers rose because of other incidents in the Middle East but the main cause was the Iraq war in that time frame.

As oil prices have dropped, are we prepared to see oil prices rise again or are we in belief that the current North American output will stay at it’s current height even with the lack of refineries?

He’s stated on Day #1 of a trump presidency he would Repeal Obamacare. (Yawn) Again identical words of the other candidates that are normally followed with creating State exchanges so a business in Iowa can buy health insurance in Missouri.

The main issue with Trump is he just talking and cannot answer how he would achieve his goals. Best example happened the other day during an interview with FOX News’ Bill O’Reilly who asked “How are you gonna pay to build a border wall?”

After some deflection and repeatedly being asked Trump finally stated he would make Mexico pay for it.

Are they paying for this in Pesos or US Dollars?

And yet again, I revert back to the issue of oil because Mexico is the #3 oil exporter to the US. How would he control the price of oil if Mexico decides to cut production or exports to the US?

It’s easy to talk tough and promote oneself, something Trump excels at doing, but can he walk his talk outside of a boardroom and the constant threat of lawsuits which he regularly spews? 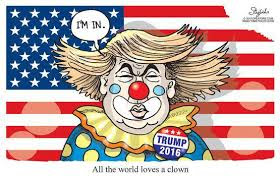 Unfortunately it’s the Media partisan talking heads that have truly pushed Trump’s numbers to double digits. Those like Ann Coulter that once called him a “clown” when he floated the idea of a Presidential run in 2012 now bend over and throw roses at his feet.

“I think Trump is a clown, I expect the enthusiasm for him is based on two things: that the rest of at least the declared candidates aren’t exciting anybody, and there’s name recognition. And he has come out like gangbusters against the Obama administration like an establishment politician probably wouldn’t.“(Coulter 2011 speech George Washington University.)

As the countdown clock for the Aug 6 debate winds down, RNC head honcho Reince Pribus has come out to say that the candidates need to focus on attacking Hillary Clinton, the Democrat establishment and President Obama, while doing everything they can not to attack each other.

Well there goes Trump’s gamer plan as that’s all he can do, besides telling everyone how rich he is. 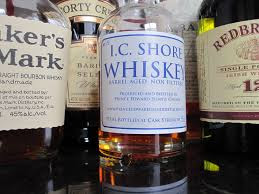 That’s it, Slap the Political tap, pack away your Speed-O, and pour a shot of I.C. Shore Whiskey every time Trump deflects by answering “I’m rich and build things” because we got roughly 10 months till the RNC Convention and seeing Trump pinatas hanging in downtown Cleveland.

The Court of Social Media Opinion on Political Debates is always...