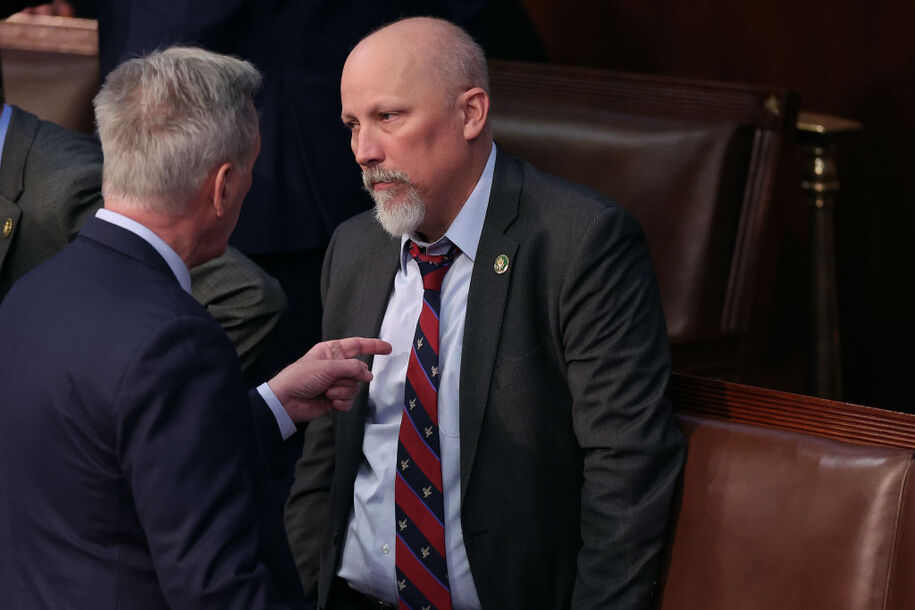 There’s lots of reasons this ridiculous national sales tax bill never made it to the House floor – By Joan McCarter (Daily Kos) / Jan 19, 2023

What’s worse than the Freedom Caucus running the House of Representatives? The Freedom Caucus running the House and getting their policy ideas from the Church of Scientology. Believe it or not, that’s where the “Fair Tax” idea was born a few decades ago, only to become a hobby horse of the GOP. At one point John McCain advocated for it. Mike Huckabee centered it in his failed presidential runs.

It lost traction with most of the GOP over the years, introduced by some whack-job every session of Congress but never making it out of committee. That’s possibly going to change this Congress, because one of the concessions the maniacs wrung from Kevin McCarthy in exchange for them allowing him to hold the gavel was having a floor vote on this proposal. Wheeeee!

The proposal is a bad one. Really bad. It eliminates all federal taxes and dissolves the Internal Revenue Service (IRS) and institutes a 30% national sales tax on pretty much everything. Which is just about as regressive a tax system as you can get. The sponsors are claiming that the tax is “just” 23%, but it’s actually 30%, as the Institute on Taxation and Economic Policy (ITEP) explains. Something with a $100 price tag would cost, with the tax, $130. The proponents of the Fair Tax use that $130 as the “gross payment,” and then say that the $30 you paid in tax is just 23% of the final bill. Yes, that’s deceptive arithmetics, and no, it is not at all fair.

‘Revisionist’ Bill Barr mocked for ‘sounding like a spurned lover’ in...