1968 – The Battle of Khe Sanh begins, It is one of the most publicized battles of the Vietnam War.

1525 – Swiss Anabaptist Movement is born when Conrad Grebel, Felix Manz, George Blaurock, and a dozen others baptize each other in the home of Manz’s mother in Zürich, breaking a thousand-year tradition of church-state union

1789 – W.H. Brown’s “Power of Sympathy” was published. It was the first American novel to be published. The novel is also known as the “Triumph of Nature Founded in Truth”.

1793 – Louis XVI of France is executed by guillotine in Paris, following his conviction for “high treason” by the newly created French Parliament (Convention nationale), during the French Revolution

1812 – The Y-bridge in Zanesville, OH, was approved for construction.

1846 – The first issue of the “Daily News,” edited by Charles Dickens, was published.

1861 – The future president of the Confederacy, Jefferson Davis of Mississippi, resigned from the U.S. Senate. Four other Southerners also resigned.

1865 – An oil well was drilled by torpedoes for the first time.

1900 – Canadian troops set sail to fight in South Africa. The Boers had attacked Ladysmith on January 8, 1900.

1908 – In New York City, the Sullivan Ordinance was passed. It made smoking in public places by women illegal. The measure was vetoed by Mayor George B. McClellan Jr. two weeks later.

1924 – Soviet leader Vladimir Ilyich Lenin died. Joseph Stalin began a purge of his rivals for the leadership of the Soviet Union.

1934 – Parisian baker and “student of medieval life” Henri Littière appears in court charged with forcing his adulterous wife Juliette to wear a chastity belt. Having committed the same offence in 1932, he was sentenced to three months in prison and fined 50 francs for cruelty to his wife

1941 – The British communist newspaper, the “Daily Worker,” was banned due to wartime restrictions.

1954 – The Nautilus was launched in Groton, CT. It was the first atomic-powered submarine. U.S. First Lady Mamie Eisenhower broke the traditional bottle of champagne across the bow.

1954 – The gas turbine automobile was introduced in New York City.

1968 – The Battle of Khe Sanh begins, It is one of the most publicized battles of the Vietnam War.  https://www.history.com/this-day-in-history/battle-for-khe-sanh-begins 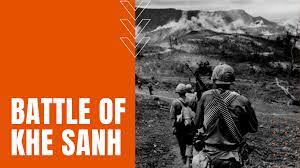 1969 – A partial meltdown at the Lucens nuclear reactor in Switzerland seriously contaminating the cavern containing the reactor; the plant is sealed and decommissioned

1981 – Norman Stronge and his son James (both former Ulster Unionist Members of Parliament) are assassinated by the Irish Republican Army at their home Tynan Abbey, which is then burnt down

1994 – A jury in Manassas, VA, acquitted Lorena Bobbitt by reason of temporary insanity of maliciously wounding (severing his penis) her husband John. She accused him of sexually assaulting her.

1997 – Newt Gingrich was fined as the U.S. House of Representatvies voted for first time in history to discipline its leader for ethical misconduct.

1998 – Pope John Paul II visits Cuba, It was the first time any Pope visited the country.

1999 – The U.S. Coast Guard intercepted a ship headed for Houston, TX, that had over 9,500 pounds of cocaine aboard. It was one of the largest drug busts in U.S. history.

2002 – In Goma, Congo, about fifty people were killed when lava flow ignited a gas station. The people killed were trying to steal fuel from elevated tanks. The eruption of Mount Nyiragongo began on January 17, 2002.

2002 – In London, a 17th century book by Capt. John Smith, founder of the English settlement at Jamestown, was sold at auction for $48,800. “The General History of Virginia, New England and the Summer Isles” was published in 1632.

2003 – It was announced by the U.S. Census Bureau that estimates showed that the Hispanic population had passed the black population for the first time.

2004 – NASA’s MER-A (the Mars Rover Spirit) ceases communication with mission control. The problem lies with Flash Memory management and is fixed remotely from Earth on February 6.

2005 – In Belmopan, Belize, the unrest over the government’s new taxes erupts into riots

2017 – More than 2 million people protest worldwide in the ‘Women’s March’ against Donald Trump, with 500,000 marching in Washington, D.C.