0041 – After a night of negotiation, Claudius is accepted as Roman Emperor by the Senate

1327 – King Edward III accedes to the English throne aged 14, after his mother Isabella of France, and her lover Roger Mortimer depose his father Edward II

1494 – Alfonso II succeeds his father as King of Naples

1504 – The English Parliament passed statutes against retainers and liveries to curb private warfare.

1554 – Founding of the city of São Paulo in Brazil

1579 – The Treaty of Utrecht was signed marking the beginning of the Dutch Republic.

1819 – University of Virginia chartered by Commonwealth of Virginia, with Thomas Jefferson one of its founders

1858 – Mendelssohn’s “Wedding March” was presented for the first time at the wedding of the daughter of Queen Victoria and the Crown Prince of Prussia.

1877 – Congress establishes the Electoral Commission to determine the disputed presidential election between Rutherford B. Hayes and Samuel J. Tilden

1890 – The United Mine Workers of America was founded.

1924 – The 1st Winter Olympic Games were inaugurated in Chamonix in the French Alps.

1939 – 1st nuclear fission experiment (splitting of a uranium atom) in the US, in basement of Pupin Hall, Columbia University by a team including Enrico Fermi

1946 – The United Mine Workers rejoined the American Federation of Labor.

1961 – Walt Disney’s animated film “101 Dalmatians”, based on the novel by Dodie Smith and directed by Clyde Geronimi and Hamilton Luske is released in the US

1981 – The 52 Americans held hostage by Iran for 444 days arrived in the United States and were reunited with their families.

1988 – US Vice President George H. W. Bush and Dan Rather famously clash on “CBS Evening News” as Rather attempts to question Bush about his role in Iran-Contra affair

1994 – Accused of molesting a 13-year-old boy, Michael Jackson settles a civil lawsuit out of court

1999 – In Louisville, KY, man received the first hand transplant in the United States.

1999 – After an inquiry into a corruption scandal, 6 International Olympic Committee members are expelled

2011 – A revolution began in Egypt with the demonstrations that demanded the end of President Hosni Mubarak’s rule.

2013 – 50 people are killed and 90 are injured in a prison riot in Barquisimeto, Venezuela

2017 – Kisenosato becomes the 1st Japanese home-grown sumo champion since 1998 when he is made yokozuna, 72nd Grand Champion

2018 – Doomsday clock moved by 30 seconds to 2 minutes to midnight by Bulletin of the Atomic Scientists, closest since 1950s

2019 – Longest-ever US government shutdown ends after 35 days when President Donald Trump agrees to three week of negotiations on border security by a House-Senate conference committee   https://www.politico.com/story/2019/01/25/trump-shutdown-announcement-1125529 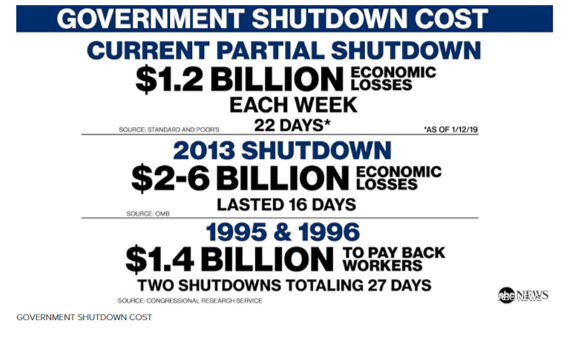 2019 – Tailing dam for an iron ore mine in Brumadinho, south-eastern Brazil, collapses killing at least 110 with 238 missing