I’m trying to decide if the US’s current foreign policy path should be considered “willful ignorance” or “willful negligence” when considering the current state of the World. I say this only because many in our government still have the mentality that the Cold War is still being sought.

OK, ok stop with the Romney and Palin were correct about the Russians fist bumps.

Ever since WWI, there’s this great notion that when tyranny rises that the US will always gallop to save the day. Yet that action is of yesteryear because today’s evil is not a standalone country with one political ideology we are trying to stop as we attempted to stop the spread communism in Southeast Asia and Korea.

We simply cannot go it alone in the battle against Islamic terrorism and be the Guardians of the Planet any longer, especially when the enemy is not landlocked.

What many outside Washington DC understands is simply that this idea that if “we cut off the head of the snake, it will die” is incorrect because the snake still moves and can still bite! 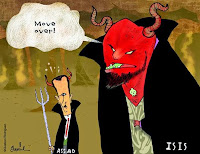 I know it’s just a saying, but an incorrect saying that is repeated by Washington DC way too often.

Our foreign policy in the Middle East has been a calamity since the 70’s. Just when you think it’s getting better, the rug gets pulled out from underneath and we fall flat on our face. As much as it pains to say this but the Middle East was calmer when Saddam Hussein was dictator of Iraq.

Look at Egypt, as for decades we turned a blind eye to atrocities committed by President Mubarak, offering millions of dollars in aid since 1949. Those dollars never changed, regardless of a Democratic or Republican playing in the White House, yet we talked tough ever year just hear ourselves speak while Mubarak gleefully smirked.

And when the Arab Spring happened, we waited to see who’ll come out on top. Whether it was the Muslim Brotherhood or some other group, we still supplied our monthly aid payments just to be “friends” in the area.

We are so worried about trying to integrate the Middle East to Western Civilization that we’re standing with our pants down looking for hugs from those that despise us. 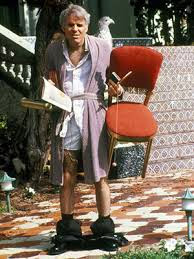 We never got far with Syrian President Assad and his crimes against the Syrian people and rebels because it became an international game of chicken between the United Nations and Syria, with Russia backing Syria. Sure, President Obama kept redrawing the red line of action against Assad’s regime and we even held secret talks with the Syrian rebels to try and form a “friendship” of sorts.

OK, it was more like “not-so” secret meetings with Senator John McCain playing the jester as in those meetings stood members of al Qaeda and ISIS/ISIL. Even though it was in plain sight, so quick was Senator McCain to show weakness in President Obama’s foreign policy, that the vetting of the so-called rebels was lax.

Now the old school thought comes into play when our government wanted to give arms to Assad’s opposition, which just happened to be al Qaeda and ISIS/ISIL. Now here’s the best part, we also gave aid to their opposition, who in time will have used our aid, both monetary and military against us, with the only exception being Syria. 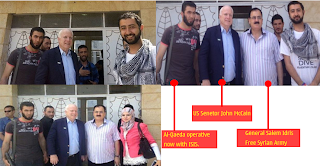 Did you get that, we gave aid to Syrian rebels who were fighting both Assad’s regime and ISIS/ISIL, too which ISIS/ISIL also received some of the aid as they were against both factions.

Now here we are, with a new threat to the World that is far from old school tyranny. Nope ISIS/ISIL is the new improved form of terrorism that leaves al Qaeda scratching their head wondering how they lost their #1 spot.

The fact that ISIS/ISIL are the new age outlaws of terror networks. ISIS/ISIL is a billion dollar camp using income comes from oil piracy from the large southeastern Syrian and northeastern Iraqi oilfields that they stole in their June 2014 juggernaut that has currently come to a snail’s pace yet still spreading.

As well as using social networks such as Twitter and Facebook with Hollywood style productions for recruitment that could win Grammy Awards for Cinematography, Film Editing, Visual Effects, and Makeup and Hairstyling.

Now we wait and watch as President Obama request from Congress $5 billion to combat ISIS/ISIL while Congressional leadership wants to sit till after the mid-term elections to make a decision. Currently the US has spent close to $7 million/daily on actions against ISIS/ISIL, actions including drone strikes, intelligence and social media memes.

So while the US decides to write bad things on the bathroom stall about ISIS/ISIL, we’ll still send the monthly check to our friends and enemies, both current and future.
Only to be held to some sort of debacle of international trade agreement just so we can have a seat at every table around the World, even with Kim Jung Un coming in April 2015. 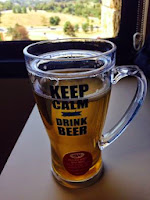 That’s it, slap the political tap of your favorite political brew to quench your willful intolerance to tomorrow’s political hangover.

Why do we thrive on a momentary sense of patriotism?

Politically Brewed - September 15, 2014 0
As we gave remembrance of the 13th anniversary of the Sept 11 attacks a few days prior, I sat back and watched Social Media...