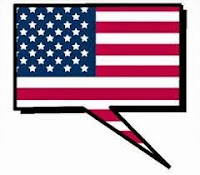 “The Government of the United States of America is not, in any sense, founded on the Christian religion.” – President John Adams Treaty of Tripoli 1797

My guess is that if President Adams were alive today, he would be shocked if he heard that as of a March 14 poll conducted by Public Policy Polling that 55% of those polled believed that the US was/has been a Christian nation or that 57% of Republicans feel the US should officially become a Christian nation.

Oh wait, he wouldn’t care because technically Republicans didn’t exist during his term.

So that was then and this is now, when we bicker and debate about everything government, pointing fingers and raising voices as to who is right/wrong and how that person’s belief is always on trial.

The debate that has been hotly contested for the past 12 days is given thanks to Indiana’s RFRA (Religious Freedom Restoration Act) law that has been poorly defended by Indiana Gov Mike Pence. Face it Gov Pence made this worse then it should’ve been by sadly trying to protect the law (and his governorship dignity) on the Sunday talk show circuit and failing with every “hm” and “um” when not answering the simplest of questions.

Social Issues are the biggest wedge driven into today’s social/political divide, especially when it comes to religion. Sides are being taken on issues from Sex, Birth Control/Abortion, and Pregnancy, as many feel “Christians” are being persecuted with every whack of the spike by the social hammer. This past week’s events in Indiana have proven to be the latest and heaviest smack thus far. 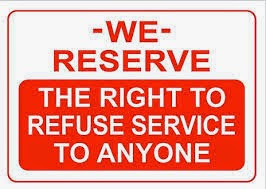 “Indiana’s got the right idea! The Indiana House voted this week to approve a religious freedom bill that would protect business owners who want to decline to provide services for same-sex marriages. After the 63 to 31 House vote in approval of the legislation, The Washington Post says Governor Mike Pence plans to sign it as soon as it lands on his desk. Thanks to those in government who are standing up for the freedom and protection of Christians to live out their faith. I hope more states will be quick to follow suit” – Franklin Graham

But understand that any RFRA law is not inclusive to Christians, so get over yourself and that belief. Unless naming Christians specifically, these laws are for everyone; Catholic, Jew, Muslim, Wiccan and so on. So please step down from your golden soapbox or at least make room for everyone to pitch their bitch complaint.

Oh that goes for the LGBT and Atheist groups as well. You’re not as special or innocent in opposition/opportune action either.

The constant Media loop of business’ denying flowers/cakes for LGBT weddings, to me, is nothing more than ratings grabs by ALL media, it’s just on how that media source edits and plays the story to warrant one’s emotional response.

Everyone knows the story of how ABC57’s Alyssa Marino walked into the Memories Pizzeria and asked owner Mrs. O’Connor the simple question of “How do you feel about Indiana’s Religious Freedom Restoration Act?”

So let’s stop here and think about this; you have the right to freedom of speech but you must take responsibility for what you say. In this case, Mrs. O’Connor could’ve simple said “no comment” and asked Ms Marino to leave her establishment or do as she did and answered the question. No gun held to her head, no barging/banging on doors for an answer, no nothing. Question asked & question answered.

A story that was truly not a story until it went viral on Social Media and other media outlets now has the O’Connor’s in hiding and shuttering their pizza shop due to backlash from opposition. As for Ms. Marino reporting, well she too has received her share of backlash. Trust me, she’s not receiving a Pulitzer or national media contract for the report.

As upset as people can be about RFRA laws, they’ve been around for decades. Nothing new here, move along move along, this isn’t the fracas you’re looking for. Oh only if that were true because even though a federal RFRA was signed in 1993, the state governors and/or state legislators are taking matters into their own hands to protect or unprotect the masses. 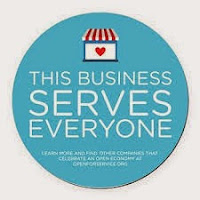 “Jefferson’s Virginia Statue for Religious Liberty, which many scholars consider a precursor to the First Amendment, guaranteed religious freedom for everyone, Christian and non-Christian”

The notion to deny service to an individual due to their sexual preference should lend more for Protection of Privacy laws as well, not just RFRA laws.

Could one imagine walking into a restaurant to eat and state “Excuse me, we’d like a table for four and preferably not have a Lesbian waitress, thank you.”

What about two businessmen having lunch? Should they be questioned before being seated at a restaurant if they were a couple or just business associates?

As stupid as it sounds, yes oh yes it can/could/would happen at the rate of society’s downward spiral.

Too often, Media will refer to the June 2013 lawsuit by a gay couple from the Denver/Lakewood area that sued a bakery for discrimination because they were refused a wedding cake as “persecution of Christian belief” yet with little notice will skip over the article from January 2015 about another Denver area bakery that refused to decorate a cake in anti-gay theme and is being sued for discrimination received very little notice.

Strangest thing however, the Denver bakery that refused to bake the anti-gay cake, did offer some sort of service to the potential client; they offered to bake the cake at cost but would give them all the decorating tools/frosting for free. So technically, they were still offered services, but refused the offer. So who’s protecting this business right to refuse service for ignorance/bigotry?

I’ll take the heat for my simple belief that any business can refuse service to anyone for whatever reason they feel necessary, because I know damn well there’s a business that wants my money and patronage.

A business has a “no concealed weapons” policy? Fine go find a business that’s more suited to your needs.

A restaurant has a “no children under 8” policy? Fine go find a restaurant that wants your business.

A bakery or flower shop has a religious belief, so be it, go to a business that wants your business.

We have become such a whiney “me me” society that we’ve become so overly sensitive that at some point we went from being “politically correct” to “politically incorrect.” People have become excited to place a person/business into an uncomfortable corner to get their way. And if they don’t get their way they immediately go to Social Media to hold their breath and throw a temper tantrum.

Here’s the proverbial throne in the side that will creep into many courthouses within the next few years due new/revised RFRA’s; Sharia Law can now be allowed/accepted because many of the RFRA’s protect individuals, not just business as both are seen as equals.

Or the simple argument that a religion cannot be imposed on someone.

Because believe it or not, yes someone has a lawsuit about their young child being taught yoga in public school and it violates her child’s religious rights because teaching yoga promotes Hinduism and represses Christianity.

You can’t make this stuff up.

That’s it, slap the political tap on some “Out-Haus” Ale, sit back and enjoy while you pay the tab. And no I am not discriminating against non-drinkers.. Get over yourself already, it’s not always about you!

Politically Brewed - January 1, 2020
0
It's 2020 and everyone's making their resolutions. Of course the usual "promises" hit the list to start the year: Get Healthy Go to the gym ...