As we gave remembrance of the 13th anniversary of the Sept 11 attacks a few days prior, I sat back and watched Social Media explode with meme, picture and individual word by the many expressing their sorrow of the day and pondered on two paths of thought; 1) Am I unpatriotic for not posting anything in remembrance of Sept 11?, 2) Why do we celebrate Sept 11 differently than that of Dec 7?

Well the first question is a simple answer of “no.” It does not make one unpatriotic or overly patriotic to post any reminiscence of Sept 11 and it’s acceptable to keep thought to oneself. No one dare face the verbal backlash by posting “9/11 Truther” or other anti-Sept 11 spiel on the day and leaving so for some other irrelevant debate and date.

As done so in years past, MSNBC replayed the Sept 11 “Today Show” broadcast airing at 8:51am after Flight 11 crashed into the World Trade Center North Tower until Noon even though the broadcast lasted almost 24 hours. While other cable channels broke periodically to show the reading of the names lost in between stories of ISIS and other terrorism accounts with nuggets of debate over the latest NFL gossip.

It doesn’t make MSNBC anymore patriotic then the other channels, regardless if there is not a constant US Flag flowing in the corner of the screen. No, it is just their way of letting everyone relive the day and what we know that has happened since. 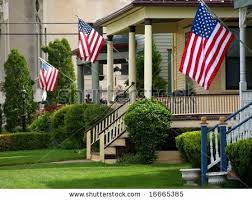 We have this momentary sense of patriotism around US historical events. US Flags are placed porch view around the July 4, Memorial Day, and now Sept 11, only to be removed the following day and replaced with Seasonal, University and Sports team flags. Only Sept 11 has yet been commercialized like the rest of our holidays. I can only imagine years from now, if Sept 11 does indeed become a legit federal holiday, will someone find a way to commercialize the infamous “Freedom Fries” or “Liberty discount rug sale” to capitalize on the patriotic theme of the day.

Prior to Sept 11, 2001 there was Dec 7, 1941. A day we were told “would live in infamy” by then President Franklin Roosevelt, yet as sad as it is too bear, that date by so many is fading into obscurity.

Hate me for saying so, but in today’s attention lapse generation, the day is yet a blip in our short history. This, too me, is sad as I do believe as generations come and go, Dec 7 will become just a footnote in our US history books to many school children. And I question why? 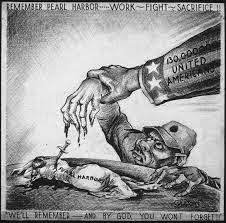 On Dec 7, 1941 2,403 Americans had perished in a surprise Japanese attack. However today, Media’s remembrance is all of a 3 minute filler spot with footage of the laying of a ceremonial wreath at the USS Arizona memorial. If one wants to remember Dec 7, they have to watch History Channel 6, because the upper History Channels usually have a Pawn Star marathon scheduled.

How did Dec 7 become “forgotten” by so many? Is it because those 2,403 (68 civilian) that lost their lives were doing their duty in our military in the US territory of Hawaii while 2,977 (55 military) perished in 3 different US mainland locations?

Are we of a “generational” anamnesis, as those of the baby boomers and prior generation slowly fade, history pulls away from their trace.

Or is the difference between the two dates of remembrance based on victory?

The US entered the second theatre of World War II against Japan with vengeance of the Dec 7 attack. Within four years and 100,000 US Soldiers lives, victory was had with celebration and parade. We were safe, victorious and war had ended. Rebuilding the US had begun immediately and those that returned were praised and returned to an expanding life.

But some 73 years later, after Dec 7, many of today’s youth only know by what’s read in books or taught in class.

Yet 13 years after Sept 11, the fight goes on even though the Taliban have been removed from Afghanistan government and al Qaeda’s spiritual and financial backer Osama bin Laden had been terminated in 2011. 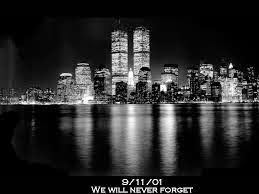 We are reminded almost routinely of Sept 11 by journalist and politician alike in partisan talking points, pro and con. Words of terrorisms constant growth and trillions of dollars poured into security of the nation with a view of the Freedom Tower standing behind them. Yet many still feel fear that victory is not near.

I guess I actually have a third question to all this. Could the worst attack on US soil in what can be considered modern US history be replaced if it happens again?

What is to say that if another attack should happen on March 23, 2023, could Sept 11, 2001 relevance be substituted by another generation’s conscious?

So I say prove me wrong, return Dec 7 1941 back to its proper relevance amongst our daily lives. We cannot predict a future to remember, but with good conscious we can remember our past and give praise to those innocents that were lost. 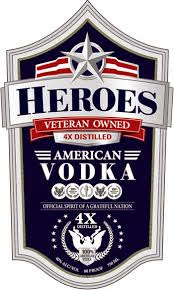 That’s it, slap the political tap, and raise a toast to all those innocents that have lost their lives in freedom’s name.

Politically Brewed - February 21, 2017 0
Ok, my bad....  Over the past few months I've given MILO some praise for his First Amendment rights even though (by some research) to...