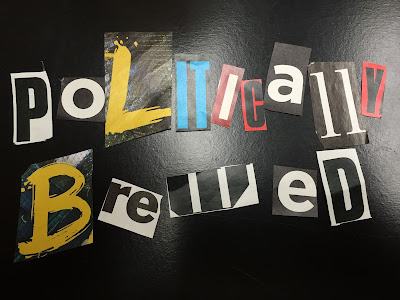 I love the smell of political campaigns in the Fall. The sprouting of political yard signs, the candidate pandering, the pundit ass kissing, the “Never will until now” bandwagon supporters and the many WTF discussions that truly has me wondering about the spectator sport of American politics and the common law fan.

Honestly I don’t know which is the biggest and enjoyable spectacle to watch; the RNC/DNC Convention cheerleading or the March of the Fatigued (parents/children) at Disney?

I admit that yes I have never been a good foot soldier in the political arena (nor in life) when I had party affiliation, simply because I never showed party loyalty and never voted the “party line.” I’ve always carried a “Social Liberal/Fiscal Conservative” political mentality which is despised by many as being noncommittal, yet it’s that type of mentality that has helped major legislation get passed and keeping government out of gridlock. So slap a “scarlet letter” on me, call me a RINO/Blue Dog, because I simply don’t care.

Generally a majority of the Left/Right loyalists argue who is the worst while ignoring their own part inadequacies, guzzle their affiliated juice boxes, follow whatever their favorite talking head spews to them for 60 to 180 minutes (the time limit depends on the format you get news from), and unable to take a joke as there is a growing group of voter who are leaving the two party system. Well leaving the two party system in name only.

The last time I checked, research has shown that 43% of registered voters are considered “politically independent,” yet that number is a bit misleading. As John Sides stated in his 2009 article The Monkey Cage;

That’s right(!) the many that have disaffiliated their party still carry the party soapbox. In a bad analogy it’s like being antisocial but wanting to be part of the party, you still go just hang out outside.

Now I’m not quite positive that I fit into the “leaner” description because I tend to educate myself on issue and make a decision from that, although many will say I lean left. Just because I feel whatever party is correct is not part of the equation. However over the past 30 or so years the growing trend of swapping affiliation has become less on reason but more of fad and I can point to Glenn Beck as example. 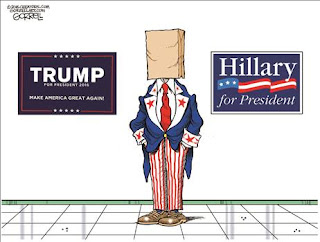 Simple to say the within the past 6 years Beck has gone from Conservative to Independent to Libertarian to whatever he claims to be now as he follows the demographics not for his own “belief” but for ratings. It’s what the cool boys and girls are doing, so let’s play along. Lately that business mentality has not done Beck’s pocketbook any good.
How about another good example? After 9/11, Republicans saw a rise in registration while the opposite happened for the Democrats. The upswing in the so-called “9/11 Republicans” as they began to be known was simply because of national security as people registered to vote or “people who usually voted Democratic, but have been taken in by the Bush administration’s fear-mongering” as the definition states.

Remember kids; too flip flop is to Democrat… Too negotiate or educate is to Republican.

It’s safe to say that political loyalty has turned into political schizophrenia and for some that have swapped out it’s a little bit of political tourettes.

But the discourse is one having an open mind/independent/unaffiliated political mindset is pretty evident, well at least towards me on Social Media. For all the posts and open debate, I get more grief from Conservatives then I do Liberals. Then again when it comes to mockery, Liberals have thicker skin then their Conservative counterpart, whom seem quick to set up defenses and followed by the hurling the insults, at least in my experience.

So why am I so disliked? Better question is do I care if I’m liked or not?

Yet for many that’s all they need to live by, the “Right Said/Left Said” mentality. And because of that reasoning is why we have a dysfunctional government and people believe the words of a candidate when they say “I’m going to change Washington” yet so few have done so.

So what do I believe in that upsets people:
1. I have no issue with the right to gun ownership even though I do not own a gun, yet I believe we need to enforce the laws we currently have. I don’t see an issue with a gun owner registry or the need to put special laws in play for the mentally handicapped. Plus I like the idea Smart Gun technology which really gets under some folks skin as they see it as some sort of government intrusion

2. I have no problem with one’s right to freedom of speech & freedom to protest/assemble but the moment (no matter the circumstances) a protest that turns violent/destructive/disruptive will only mute your voice to anyone. If you cannot take responsibility for your words then stay quiet. The majority of protests start peacefully, with the right intention, it takes own person to pervert the cause/throw the first stone to turn into a riot. Yet amazingly many do not see it that way

3. Yes more defense and border spending. Screw the wall talk as it’s another temp jobs program. If Congress truly wanted to strengthen border security they would’ve done so after 9/11, but it’s all part of the soapbox and when you take it away, it leaves them very little to argue on a daily basis. Defense spending needs to be more sensible because if the generals are saying we do not need any more Abrahams tanks. Yes a couple congressmen have manufacturers in their district making some nut or bolt, but do we need 3 or 4 duplication, but Congress keeps appropriating funds for more, you gotta wonder what type of government welfare program it is.

4. I’ve always like the idea of medical marijuana to be available for those that a terminally ill as I never understood the need for these patients to be doped on $1000/month of prescriptions to feel numb when cheaper marijuana oils are equal. Oops answered my own question, capitalize on the dying

5. Gay marriage does not affect my straight marriage. Let them marry. However, I also believe a business has their right to deny service. Seriously, if someone does not want the business of a cake go to someone who does. Does it really matter of Mrs. Cakes bakes to best Pumpkin Spice Triple Maple cake w/Coconut butter frosting and ya gotta have it?

6. The so-called “War on Christmas” is a farce. Is it really hurtful that someone saying “happy holidays” during Christmas? No it’s not especially with so many holidays being celebrated between Thanksgiving and New Years. If you want a “war on Christmas” you have to look at the commercialization of the holiday by retailers. It’s because of them that your child knows more about Santa then Jesus, so maybe to help stop the so-called war you need to look at your wallet first.

7. I understand the need for taxes and who the hell wouldn’t like to see a tax cut, but I lean more towards gradual tax cuts then the slash and burn people seem to gather around. Truly you only have to look at the problems with Kansas’ cash problems to understand that gradual cuts are more effective

8. I’ve shouted for Congressional/SCOTUS term limits for the longest time as many have begun the last few years. But until people open their ears, put away the “D/R” labels, and of course the opposition actually put a worthwhile candidate, we the people will be stuck with the same career politicians every campaign season. A SCOTUS term of 20 years is more than sufficient as well as a Congressional career no longer them 12 years in either Capitol Wing. 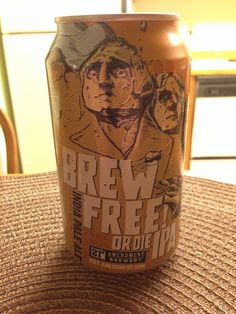 Now mind you these are only a few topics that popped up quickly in my peanut size brain for this post. I’m positive many will agree/disagree, hopefully with some intelligent conversation and not relying on “keyboard bravery” as a means to spout about.

Yet as entertaining (and mind-numbing) as this post was to write, it just makes me reflect further as to why I am so damn “politically brewed.”

That’s it, pay your political tab and remember to quench ones political thirst one must “Brew Free or Die!”
Cheers!

Fox Host believes POTUS Donnie is the right guy because he...